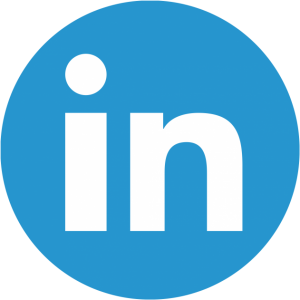 Since his early childhood days, the entrepreneurial spirit of James Jannetides has been strong. His path was set in place by his Greek family, which was filled with entrepreneurs.

Jordan Jannetides, James’ grandfather, started out as a chef at Charlie’s steak house and later became the owner of the Capital Tavern restaurant. His father, Nick, owned two Baskin Robinns stores, and introduced the Baskin Robbin’s mobile cart which is still seen today at the Indiana State Fair.

The example set by his father and grandfather made James into the man he is today. He watched them follow their dreams to develop their businesses, and he had the opportunity to learn many important business skills at a very young age. His entrepreneurial spirit was indeed strong.

Growing up, James sold candy out of his locker to fellow students – the first of many business ventures he would take.

Later, he helped his father Nick at the Baskin Robbins shops Nick owned. While helping his father work the Baskin Robbins mobile cart, James would often go to the end of the long line with a box of ice cream bars, selling them to people who didn’t want to wait in line. Even at a young age, his salesmanship and innovation were top notch.

In high school, James earned money by parking cars for $8.00 per car. And in 1980, 15 year-old Jannetides founded J Squared, Inc., the name under which his parking lot business operated.

The Jannetides family history of entrepreneurership helped to lay the foundation for James’ business, and sparked him to follow his dreams.

After graduating from Cathedral High School in Indianapolis, IN, James attended Southern Illinois University during the late eighties.

During his time on campus, James saw a need for more space in his dorm-room, and he began to sketch ideas for a loft bed system.

Manny Zervos, a long-time friend of James’ who he met on a trip to Greece as a high-school student, helped James develop the idea for his loft bed system. Manny was working to create a loft bed for his own room, and James took the

idea a step further by creating the patented loft bed that is now seen in hundreds of colleges and universities.

After perfecting the plan, James built the bed for his room. Students admired his loft system, and James saw an opportunitiy taking shape.

That summer, James returned to Indianapolis to work at the parking lot. He saved all of his earnings from the summer and purchased

enough supplies to build 400 lofts to rent to his peers at SIU. When he returned to campus, the lofts were a huge hit. Students flocked to rent the lofts, which cost $29.99 to rent for the year.

After graduating from SIU in 1991, James slowly built his company from the ground up. Using the original parking lot where J Squared Inc. was founded, James opened the first office of ULC, in downtown Indianapolis.

22 years after James built his first loft, ULC has grown into a company that leads the furniture industry. Currently, ULC holds accounts with 1200 colleges and universities and is constantly expanding. In recent years, Loft has used their disciplines in wood, metal and glass to expand into the developer, military, retail, hospitality, fashion plumbing, kitchen and bath furniture markets.

ULC, now known as ULOFT or LOFT in the retail market, is present in 400 retail stores across the United States. High Point, NC and Las Vegas, NV are home to two of the country’s largest retail tradeshows, as well as LOFT’s showrooms. Every quarter, LOFT shows off their latest frames and what they predict will be the season’s hottest styles.

Tours are also available in the factory exhibit hall at LOFT’s Indiana facility, as well as their TN facility. In addition, ULC has showrooms in Japan and China, with an office and manufacturing facility in Malaysia.

The new headquarters of ULC, located on Jannetides Boulevard just east of Indianapolis, is approximately 508,000 square-feet. It boasts a 60,000 square-foot exhibit hall that artfully displays all the functional and stylish products ULC offers. Within this hall, ULC has constructed full room setups and small vignettes forcustomers to get an idea of what furniture pairs beautifully together and how it would look in their space.

Now in ULC’s 3rd expansion, most of ULC’s upholstery is manufactured in the heart of the Eastern Tennessee valleys of Morristown, TN. The Tennessee plant is 603,000 squarefeet with 120,000 square feet set aside for manufacturing.

It is here that all of the frames are handcrafted, the fabric is cut and accent pillows are filled to create a custom upholstered product. We start with rough lumber and finish with beautiful sofas that are available at retailers nationwide.

James’ entrepreneurial spirit has led him to do so much more with his talents than simply run his furniture company.

Kid’s City, Loft’s retail children’s line, was started by James as a way to provide children with quality space-saving furniture at low price points. The Kid’s City offerings, which are available at retailers nationwide, allow parents to purchase furniture that saves both money and space without compromising quality.

What started out as one man’s vision for space-saving dorm room furniture has turned into a multimillion dollar company that touches virtually every sector of the furniture industry, most recently including fashion plumbing.

The success of James Jannetides and University Loft Company serves as an example of what can be done when one man has the confidence and ambition to turn a dream into a reality.

Philanthropic work is an important aspect of business for James. University Loft has a keen interest in giving back to not only its community, but to communities around the country and the world. Some examples include donations to: 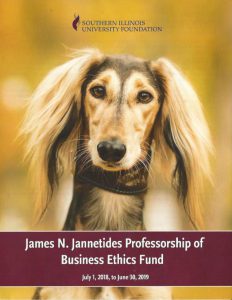 The Jannetides College of Business and Entrepreneurial Leadership

Jannetides comes from a family of entrepreneurs with both his brother and father starting their own business. “It is my privilege to support Southeastern University as they grow to meet the future,” said James Jannetides. “To see the quality of bright young people graduating from Southeastern, gives me faith in the future generation of leaders.” 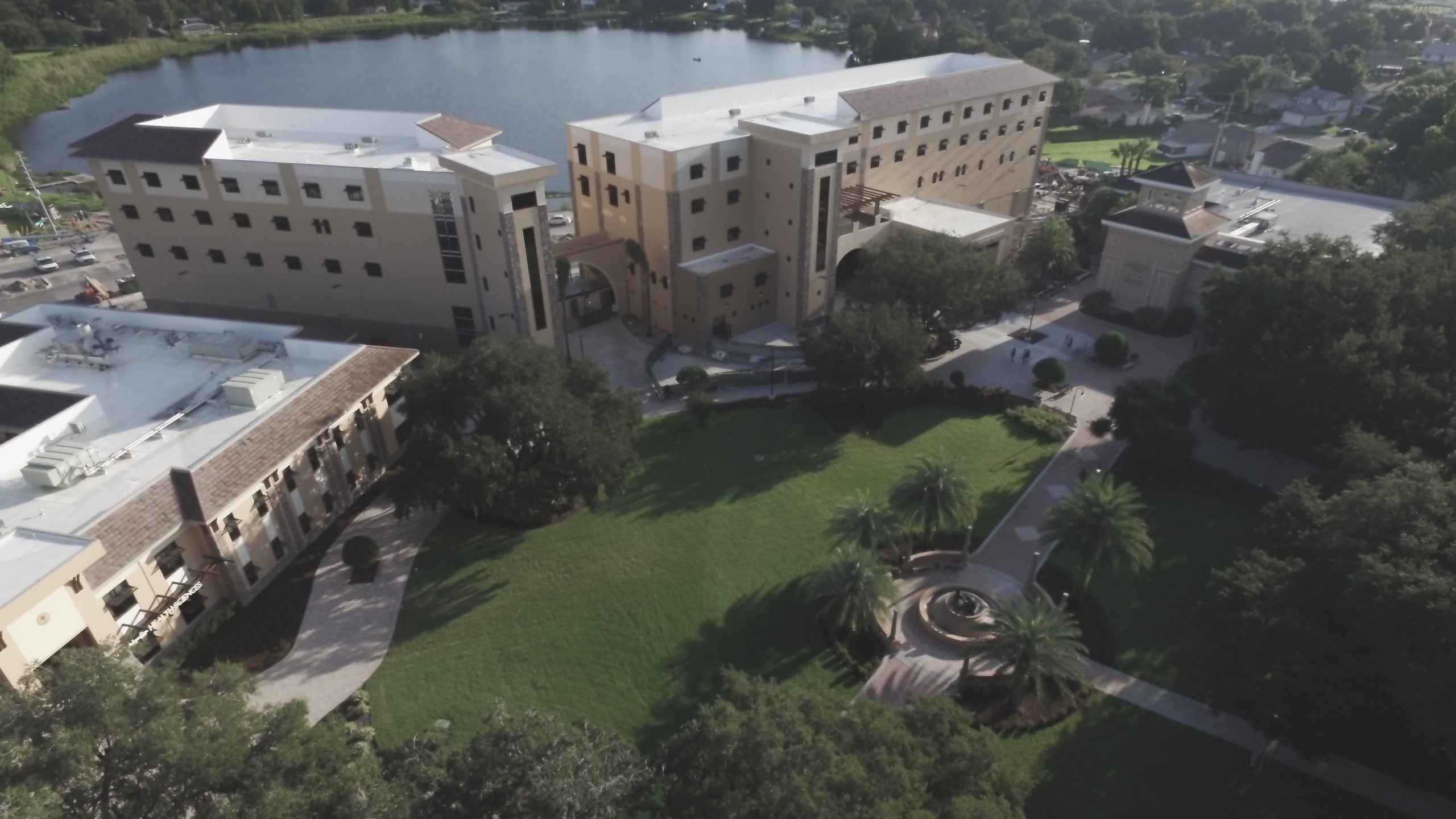 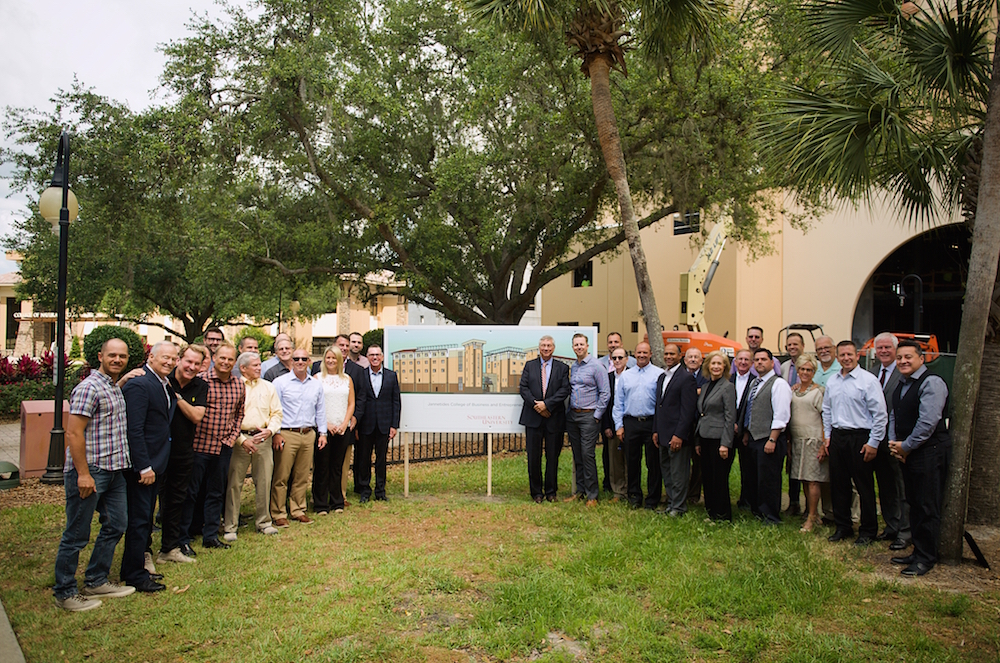 Even though being the President and CEO of a rapidly growing company takes a lot of time and energy, Jannetides always makes time for his family. Based in St. Petersburg, FL, the Jannetides family includes Jimmy, 10, Alex, 8, Ella, 6, and Addyson, 2. James and his wife Deanna, along with their children, attend the Sun Coast Cathedral in St. Petersburg, and enjoy spending time outdoors.

During the summers when the children are out of school, the Jannetides family spends much time in Indiana, where ULC’s corporate headquarters are located. The children are able to learn about their father’s company and the value of hard work as Jannetides often brings them in and has them help out with landscaping work and other things.While in Indiana, the Jannetides family attends The Christian Center. For Jannetides, his business is a priority, but family always comes first.

I have known James since 1987 as a fellow student at SIU Carbondale. James is an incredibly gifted entrepreneur, visionary and tireless worker. He goes the extra mile for his customers every day of the week and has managed to inspire his whole company to the same level of service/care. James' top priorities focus on customers, quality, integrity and responsible/environmentally friendly growth on the global stage. I have purchased millions of dollars of products from University Loft over a 20 year period and NEVER regretted the decision because University Loft is a giant production company with the strength of the man; James' commitment to customers with every sales. Call me if you wan to learn more.

I am delighted to recommend University Loft as a company and James as a person. Greenville College has partnered with University Loft for many years now and have found them to deliver quality dorm furniture at a very competitive price. James is a man of great vision and integrity. His passion for excellence and service are evident throughout the company.

James Jannetides Sr. is a true professional and tops in his field. His professionalism is the common thread that runs through the fabric of University Loft staff. The furniture produced is second to none & meets the needs of todays students.

I've had a chance to know James for a few years and consult with him a bit for his company University Loft. When you first meet James, his casual and friendly composure might surprise you. His sales skills are outstanding. He has a very unique sense of style and vision that allows him to anticipate what his customers might want, and build it for them. He also has an ability to focus intently on whatever he chooses to do whether it is designing and building a new product for one of his customers, or spending time with his friends and family; and he's able to drive through obstacles and get things done.

James strives for quality and looking at new innovations that can serve his customers and university students better.

James is a visionary leader that challenges his employees to reach their full potential. It was a wonderful experience to grow under his leadership. He genuinely cares about his customers, colleagues and his company which is evident in his success. I would definitely recommend working for, with, or doing business with James Jannetides.

James has dominated the furniture industry in higher education, student and military housing. He has developed innovative ways to manufacture the best quality of furniture that is currently out in the market. ULoft's story has been inspiring.

I was one of James' first customer and purchased from University Loft many times. He was very personal, a man of integrity and the producer of a superior product. He is one of the most creative people that I know, and is not afraid to think "outside the box." It is with great pleasure that I recommend both the man and the product to the public.

I recommend James as a tireless leader in the Global Manufacturing Furniture business. From his days in college where he started laying out the ground work for his dream to today's powerhouse of success, he continues to exceed customer expectations and steer his company to greater heights.

Hi James,
I could not be more proud of your success and the quality of your products.
You have truly formed a great company
Chris James Velonis